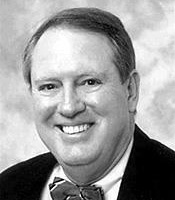 Ben G. Clay has retired as a principal with Carpi & Clay, a government relations firm with offices in Sacramento and Washington, D.C. He has more than 35 years experience working with public agencies, private-sector companies and organizations. He specialized in legislative and administrative advocacy at the State of California.

Prior to establishing The Clay Company and later Carpi & Clay, Ben provided legislative representation for the City of San Diego and County of San Diego. At the County, he served as the director of the Intergovernmental Affairs Office where he was responsible for supervising legislative advocacy activities in Sacramento and Washington, D.C. He also was vice president of a development company where he was responsible for managing development and government relations activities at the City and County of San Diego, Port of San Diego, California Coastal Commission and State Lands Commission. Ben has also served as a Captain in the U.S. Army Medical Service Corps.

A graduate of San Diego State University, Ben holds a Bachelor of Arts degree in public administration. He has remained active in the University and is a past board member of the University’s Alumni Association and College of Business Advisory Council. Ben and his wife, Nikki, co-chaired the University’s Centennial Celebration in 1997, and they were honored as SDSU’s “Alumni of the Year” in 1998.

Ben and Nikki reside in the Mission Hills area of San Diego.

Ann Haddad
Public at Large, Appointed by the Governor 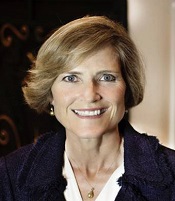 Ann Haddad is a native San Diegan, growing up in the Mission Hills area of town. She is an alumni of University of San Diego High School (now Cathedral Catholic High School). She holds a B.A. in Music from Smith College and an M.A. in International Relations from Johns Hopkins University School of Advanced International Studies. From 1986 through 2001, Ann worked in Washington, D.C., including 10 years in the field of international development as well as several years in consumer banking and also orchestra management. In 2001, she returned to her San Diego roots, where her professional experience included the Salk Institute for Biological Studies (Director of Community Relations and Events) and The San Diego Foundation (a director in the philanthropy department). She has served as an event chair for Girls Scouts Urban Campout, Promises2Kids Summer Concert Gala, American Cancer Society’s (ACS) San Diego Discovery Gala, and Huntington Disease Society of America (HDSA) / San Diego Chapter Celebration of Hope. Her board experience includes ACS Gala Team for California, HDSA / San Diego Chapter, the Kraemer Endowment Foundation, and the Junior League of Washington, D.C. She is currently a gubernatorial appointee to the Board of Governors of the San Diego River Conservancy (2006-present), a mayoral appointee to the San Diego City Board of Library Commissioners (2011-present), as well as a member of the San Diego Symphony Orchestra Board of Directors and Executive Committee (2015-present). She is a 2005 LEAD San Diego graduate. Ann and her husband, Ben, reside in Point Loma.

Andrew Poat
Public at Large, Appointed by the Governor 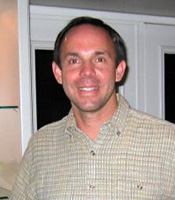 Andrew Poat is a native San Diegan with over thirty (35) years experience in public policy, economic development and government. He now works as a consultant – building on experience that includes:

• Five years as Vice President of the San Diego Regional Economic Development Corporation, where he championed projects focused on clean-tech, development of a San Diego “mega-region” strategy, and infrastructure funding to build San Diego’s employment, housing and neighborhood assets
• Four years as Chief Deputy Director of Caltrans, where he served as second in command of the $9 billion state transportation Department
• Two years as Cabinet Secretary to Governor Pete Wilson, where he helped direct the State response to the Northridge earthquake
• Deputy Director, United States Office of Consumer Affairs, where he lead two United States Delegations to meetings of the Organization for Economic Cooperation and Development (OECD) in Paris, working to harmonize trade and consumer policies of the western European and Japanese markets, and testified to Congress on legislation affecting telecommunications and consumer issues.

Poat’s most recent projects include work with elected officials and public interest groups on the State’s $25 billion Bay Delta Conservation Plan, development of an in infrastructure funding strategy for the San Diego region – endorsed by the San Diego Chamber of Commerce, as well as development of more targeted strategies for development of San Diego’s lower-performing economic assets.

By appointment of the Governor of California, Andrew currently serves as a member of the Board of Governors of the San Diego River Conservancy.

Poat is a native of San Diego, and a 1978 graduate of Patrick Henry High School. He attended The George Washington University in Washington, DC – graduating Phi Beta Kappa in 1982 with a Bachelors Degree in Public Affairs.

Ruth Hayward
Public at Large, Appointed by the Senate Committee on Rules 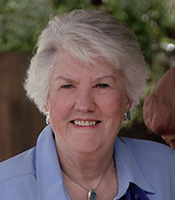 Ruth Hayward has lived all her life in San Diego, City and County. She graduated from SDSU, with graduate studies at USC and Stanford. She retired from General Dynamics Electronics as an Engineering Staff Specialist where she specialized in research utilizing the propagation properties of electro-magnetic waves. After retirement, Ruth studied figurative sculpting. She has been commissioned for pieces of public art including five sculptures in Balboa Park. The best known is the statue of Horticulturist Katie O. Sessions. Ruth has been a member of State, County, and City Boards and Commissions as well as many nonprofit boards. Currently she is Vice Chair of State of California San Diego River Conservancy and a member of Boards for the Douc Langur Foundation and Paws’itive Teams. An avid traveler, she has visited all seven continents. Photography is a favorite hobby of Ruth.

Deanna Spehn
Appointee of the Speaker of the Assembly 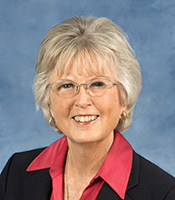 A native San Diegan whose roots run three-generations deep, Dianne Jacob was re-elected to San Diego County Board of Supervisors for an historic seventh term in 2016. She represents the more than 620,000 residents of District Two, which spans over 2,000 square miles and includes all of the unincorporated communities of East County, including Ramona and Julian, along with the cities of El Cajon, La Mesa, Lemon Grove, Santee and Poway, and parts of east San Diego.

Dianne has earned a reputation as a fighter, fighting for fundamental changes to make County government more accountable to taxpayers. Creating parks and making open space more accessible to the public have been among her top priorities. Among the honors she has received over the years: The Award of Excellence from the Endangered Habitats League and the California Recreational Trails Committee Award. 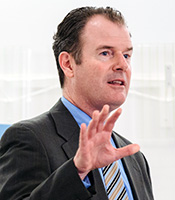 Bryan Cash has served for over 12 years as the Deputy Assistant Secretary for Bonds and Grants at the Natural Resources Agency. He oversees the $26.7 billion in natural resources bonds that have been passed by voters since 2000. He also serves as the designee of the Secretary for Natural Resources on the California Cultural Historical Endowment, the State Coastal Conservancy, the Santa Monica Mountains Conservancy, the San Gabriel and Lower Los Angeles Rivers and Mountains Conservancy and the San Diego River Conservancy. Prior to working at the Agency, he worked for the Department of Finance for the State of California and for the International Telecommunication Union in Geneva, Switzerland. 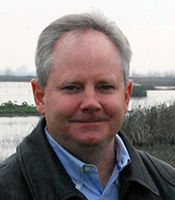 John Donnelly began his public service career with the Department of Fish and Wildlife in 1988 where he served for eight years as the Realty Services Coordinator working on the acquisition of mitigation properties required under California Endangered Species Act and Streambed Alteration agreements issued by the Department of Fish and Wildlife. In 1996, he transferred to the Wildlife Conservation Board working as a Senior Land Agent and in 2004 was promoted to Assistant Executive Director, responsible for managing its Land Acquisition Programs. John was appointed as Executive Director of the Wildlife Conservation Board, a position he has held since September of 2006.

John received a B.S. in Business Administration from California State University, Sacramento with a concentration on Real Estate and Land Use Management. He is a recipient of the Department of Fish and Game’s Director’s Achievement Award and Sustained Superior Accomplishment Award and has served as President of the Organization of Wildlife Lands and Realty Specialists, an affiliate of the International Association of Fish and Wildlife Agencies. 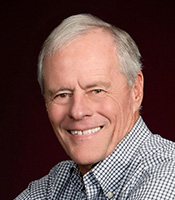 Gary Strawn, of Santee, is a retired aerospace program manager. He worked for Hamilton Sundstrand Power Systems in San Diego from 1988 to 2006, after serving as an officer in the U.S. Navy from 1968 to 1988. Mr. Strawn is a member of Trout Unlimited, San Diego Fly Fishers, San Diego River Park Foundation, San Diego Stream Team, California Golden Trout and Southern California Steelhead Recovery Projects and Friends of Santee River Park. Mr. Strawn has a bachelors degree from San Jose State University and a Master of Science degree from the U.S. Naval Postgraduate School 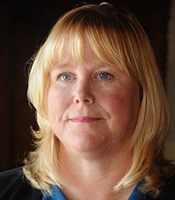 She has served as Executive Officer at the San Diego River Conservancy since 2015. She began her service with the State in 2003 at the Department of Justice and joined the Conservancy staff in 2009. She work at the California Department of Parks and Recreation at the Colorado Desert District and Ocotillo Wells District from 2004-2009. She worked as a legal secretary/law clerk from 1997-2003, specializing in complex civil litigation in State and Federal Courts. She earned a Bachelor of Science degree in Biology and attended Thomas M. Cooley School of Law for 2 years, 1997-1999.

She lives with her family in eastern San Diego County. 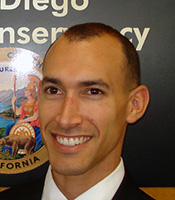 Dustin is passionate about aquatic ecosystems and enjoys learning about plants and wildlife. He holds a bachelor’s degree of science in marine biology and has several years experience with geographic information systems. Prior to working with the San Diego River Conservancy, he managed California’s inland freshwater fisheries with the Department of Fish and Wildlife. In his free time he enjoys riding his bike, backpacking and sharing time with family. 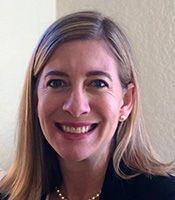