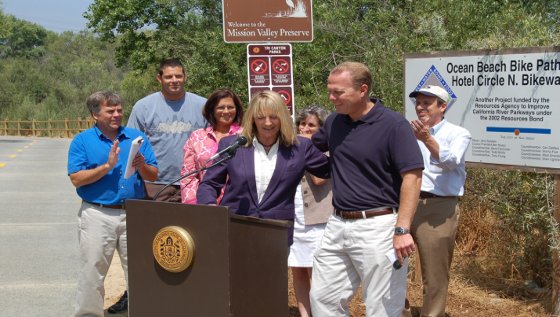 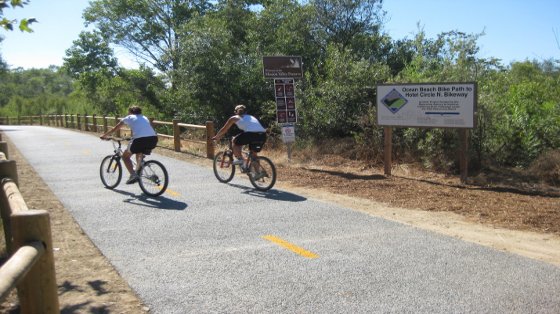 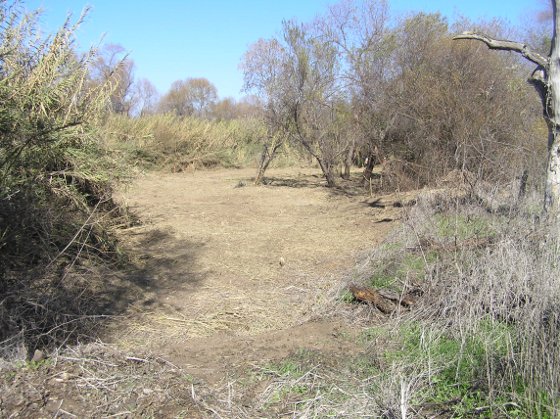 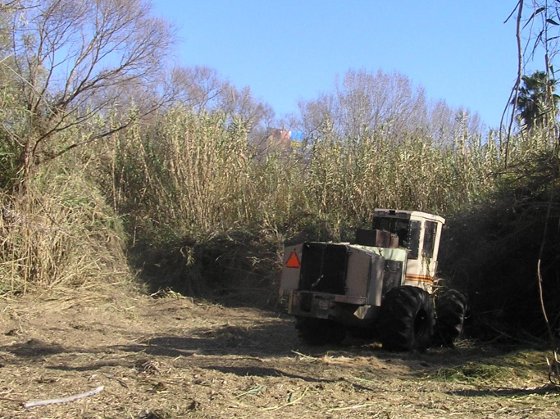 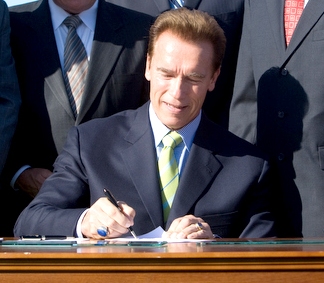 Governor Arnold Schwarzeneggar signed Senate Bill No. 1428 on September 27,2008. Senator Christine Kehoe was the author of this legislation, which would extend the life of the San Diego River Conservancy until January 1, 2020. 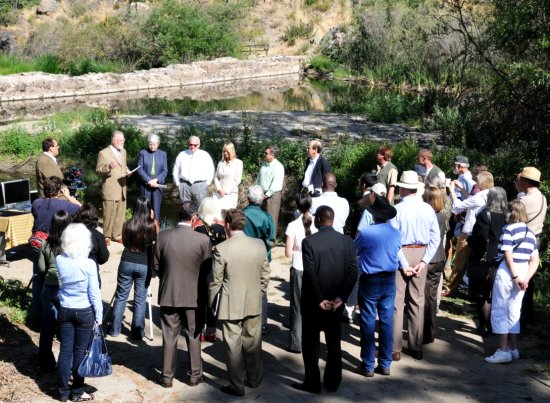 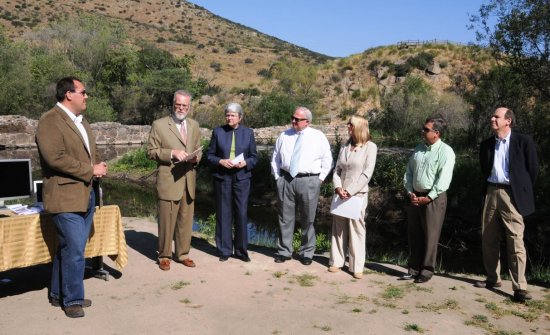 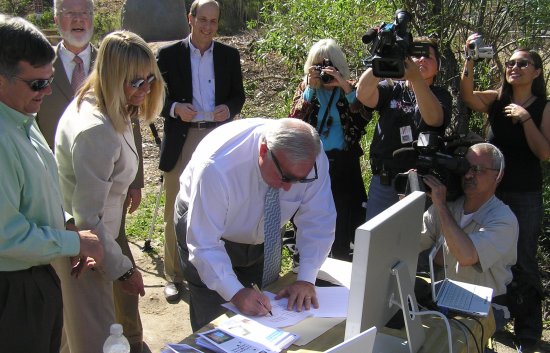 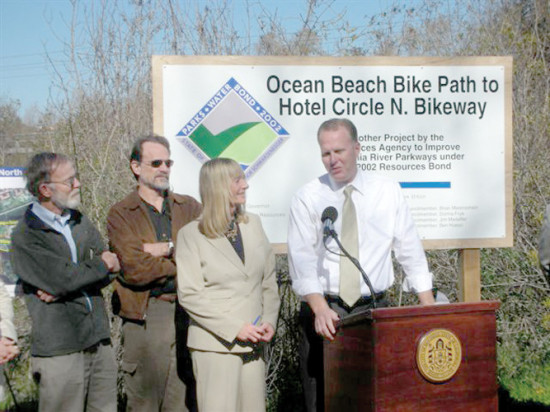 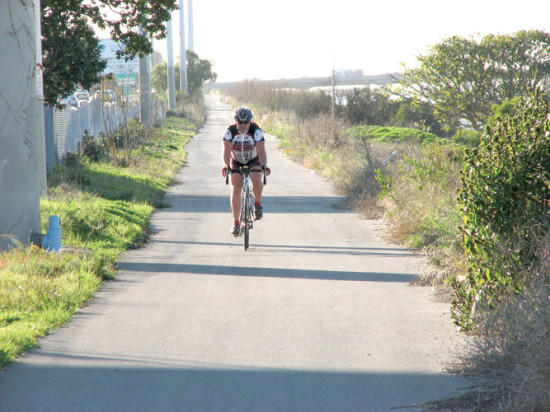 Photo by Paul Hansen. City officials are beginning work on a $2.5 million hiking/biking trail – a project to be completed by early summer. The trail will link Dog Beach in Ocean Beach to Mission Valley. Above, the OB bike trail is seen just north of Interstate 8 and west of I-5 looking west near the end of the existing bike trail.